"When I receive orders, I assign them. And you kill." Well Go USA has unveiled another official trailer for the badass Korean action film The Villainess, which opens in select theaters (NY & LA) this weekend. So if you think this looks good, you can see it now! We've written about this film before and featured a trailer a few months ago. Ok-bin Kim stars as Sook-hee, a trained assassin who tries to become a stage actress after giving 10 years of service as an assassin. But her dark past comes creeping back and she must take things into her own hands to finish her work and be free once and for all. The full cast includes Eun-ji Jo, Seo-hyung Kim, Ha-kyun Shin, and Jun Sung. This trailer is packed full of intense action and quotes from critics, and will leave you more than excited to see this. I'm looking forward to catching it sometime soon. 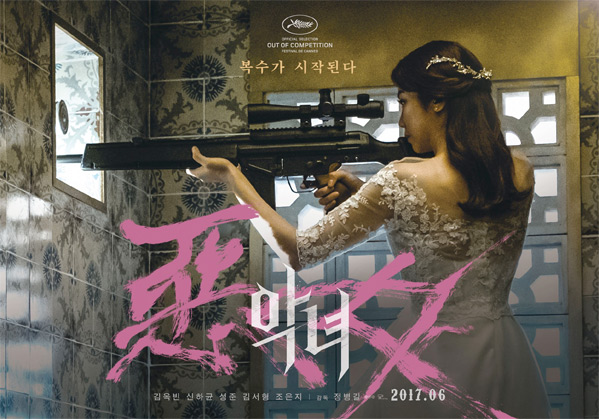 You can still watch the first official US trailer for The Villainess here, to see even more footage from this.

Sook-hee is a trained assassin who was born to kill. She was just a little girl when the training started in Yanbian, China. After the death of her mentor, when the chance of starting a new life was given to her, she came to South Korea as a government agent. They promised her that she will be free after ten years of service. So she begins her new life as a theatre actress. But soon two men – Joong-sang and Hyun-soo – appear in her new life. And she starts to discover deep dark secrets about her past. Eventually she take matters into her own hands. The Villainess is directed by Korean filmmaker Byung-gil Jung, of Action Boys and Confession of Murder previously. The screenplay is co-written by Byung-gil Jung and Byeong-sik Jung. This first premiered at the Cannes Film Festival this summer. Well Go USA will release The Villainess in select theaters starting August 25th - this weekend (theater listings here). Who wants to see this film?