"Seriously, cut the crap guys!" The boys are back! Fox Searchlight has released an official teaser trailer for the long-awaited sequel Super Troopers 2, hitting theaters next spring some 17 years after the first movie became a huge hit. This ultimate stoner comedy picks up where the first one left off and follows the Super Troopers who are tasked with establishing a Highway Patrol station in a border area between the US and Canada. Pretty much everyone is back: Jay Chandrasekhar, Kevin Heffernan, Steve Lemme, Paul Soter, Erik Stolhanske, Brian Cox, Lynda Carter, and Marisa Coughlan. The newcomers include Emmanuelle Chriqui, Rob Lowe, Tyler Labine, Will Sasso, and Hayes MacArthur. This actually looks like it's going to be fun, just what the doctor ordered. Seems like they're pushing the comedy forward. 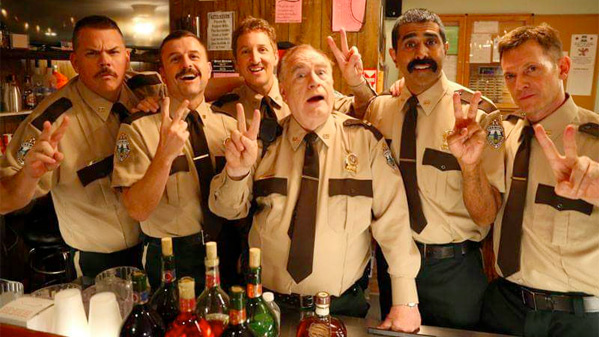 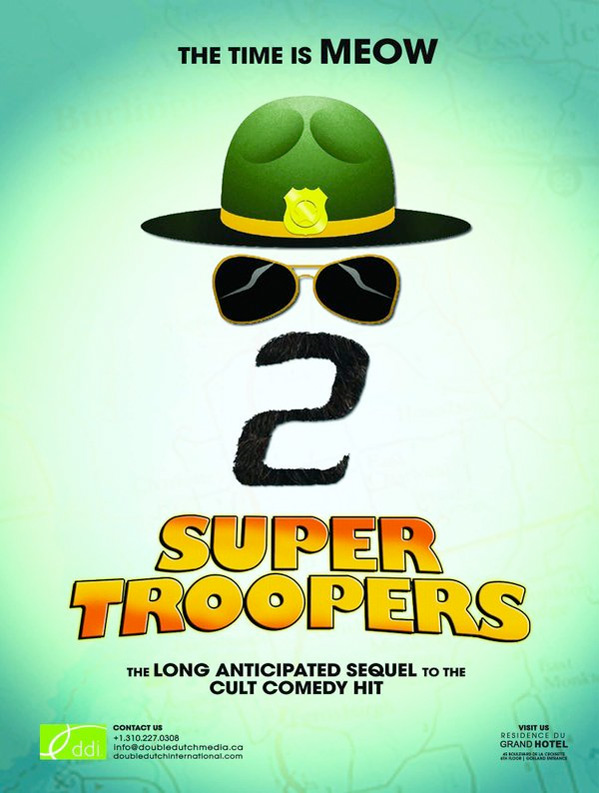