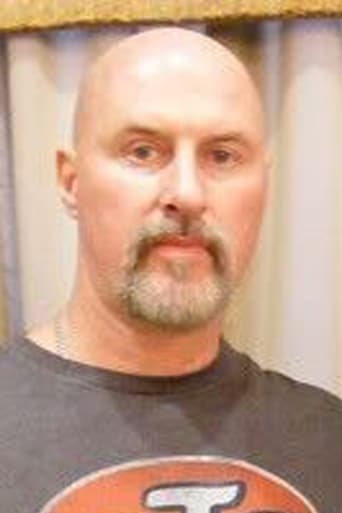 are American twin brothers currently producing Aro Lucha out of Nashville. They achieved fame as professional wrestlers. Throughout their careers, they teamed together under a variety of ring names. Don and Ron Harris returned to the WWF in 1996, as the short-lived "Grimm Twins," and in June 1997, when they returned to the WWF as "8-Ball" (Ron) and "Skull" (Don), joining the Disciples of Apocalypse stable with Crush and their cousin, Chainz. The DOA participated in the "gang wars" of 1997, feuding with the Nation of Domination and the Puerto Rican stable Los Boricuas. They went on to compete in the tag division throughout 1998. Ron Harris also competed in the WWE's Brawl For All tournament on July 20, 1998, but lost to 2 Cold Scorpio in the third round. Their last match in WWF was a defeat to Ken Shamrock and Mankind on May 14, 1999. Afterwards they were released. WCW (1999-2001) Other promotions (2001-2005) In November and December 2001, Don and Ron Harris took part in the All Japan Pro Wrestling World's Strongest Tag Determination League 2001, an eight-team tag tournament. They defeated The Varsity Club (Mike Rotunda and Steve Williams) before losing to Mitsuya Nagai and Toshiaki Kawada in the tournament semi-finals. In June 2002, the Harris Brothers were hired by the upstart Total Nonstop Action Wrestling (TNA) promotion, joined Vince Russo's Sports Entertainment Xtreme faction in December 2002, and remained with the stable until it disbanded in mid-2003. On July 19, 2003, Ron Harris appeared in Harley Race's World League Wrestling promotion, and, in a match refereed by Ricky Steamboat, won the WLW Heavyweight Championship by defeating Ron Powers (he was substituting for Trevor Rhodes, who had been injured earlier that evening). He lost the title on September 12, 2003 to Takeshi Morishima in a Tokyo title defence in the Nippon Budokan promoted by the Pro Wrestling Noah promotion.[10] In late 2003, Ron Harris began working for wrestler and burgeoning rap artist Randy Savage as a tour manager. The Harris Brothers were reunited in November 2004 when Savage debuted in TNA and, following a backstage altercation with his rival Hulk Hogan, requested that he be accompanied by two bodyguards at all times. The job was given to Ron Harris and Savage's tour bodyguard, Brian Adams. Savage left the promotion in December 2004, but the Harris Brothers were retained to act as road agents. In February 2005, the Harris Brothers reappeared onscreen as "The Disciples of Destruction", two bikers as a nod to their previous WWF gimmick. They were managed by Traci Brooks and engaged in a short feud with Trinity's team Phi Delta Slam in which they were victorious. Retirement and life after pro wrestling Don Harris effectively retired from the ring in 2003, and began working backstage with TNA as production manager. In the same year, Ron Harris retired from professional wrestling and began working for the Christian music label Beach Street Records. In 2007 Ron, Don and Frank Miller formed the Nashville-based management company O-Seven Artist Management. Also, they work in Aroluxe, a marketing and production company. In 2016, TNA hired the services of Aroluxe. In April 2016, it was reported that Aroluxe was in negotiations with TNA over purchasing interest in the company. Championships and accompli