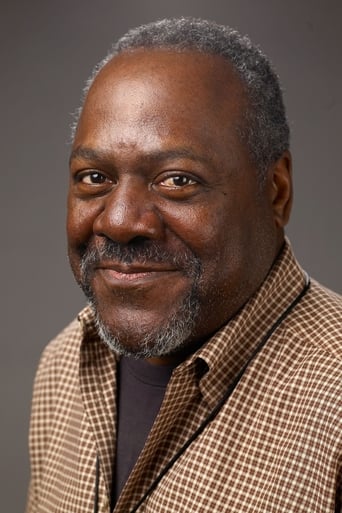 Frankie Russel Faison, often credited as Frankie R. Faison, is an American actor known for his role as Deputy Commissioner Ervin Burrell in HBO's TV series The Wire  and as Barney Matthews in the Hannibal Lecter franchise. Faison was born in Newport News, Virginia, the son of Carmena (née Gantt) and Edgar Faison. He studied drama at Illinois Wesleyan University in Bloomington, Illinois, where he joined Theta Chi Fraternity. He also attended NYU's Graduate Acting Program, graduating in 1974. Faison started his acting career in 1974 in the New York Shakespeare Festival production of King Lear, with James Earl Jones in the title role. Faison's next role came in TV, in the short-lived series Hot Hero Sandwich in 1979. Faison did make it to the big screen in 1980, when he appeared in Permanent Vacation as "Man in Lobby". A string of small roles followed until 1986, when he played the part of Lt. Fisk in Manhunter. Also that year, he appeared in the comedy The Money Pit, as an unruly construction worker, and in the Stephen King film Maximum Overdrive. In 1988, he starred alongside Eddie Murphy and James Earl Jones in Coming to America in the role of a landlord and won a minor role in the 1989 Spike Lee film Do the Right Thing. Faison is notable for being the most frequent actor to appear in adaptations of Thomas Harris' Hannibal books: along with Manhunter, he also appeared as Lector's jailer Barney in The Silence of the Lambs, the sequel Hannibal and the prequel Red Dragon. During the 1990–1991 season, he starred in the Fox situation comedy, True Colors, with Stephanie Faracy and Nancy Walker, about an interracial couple. He was replaced byCleavon Little for the second season of the program. In 1991, Faison again appeared alongside Hopkins in the film Freejack, which also starred Mick Jagger and Maximum Overdrive co-star Emilio Estevez. In 1998, he was a regular on the science-fiction TV show Prey. In the 2003 film Gods and Generals, Faison played the role of Jim Lewis, a freed-slave, who shares his religious faith and optimism with CSA General Thomas J. "Stonewall" Jackson as the General's personal cook. In 2004, he starred as JoJo Anderson in The Cookout. Faison had a starring role as the Baltimore City Police Commissioner Ervin Burrell on the HBO drama The Wire. Faison appeared in Tyler Perry's Meet The Browns, a movie about a single mom who takes her family to Georgia for the funeral of her father—a man she never met. There, her clan is introduced to the crass, fun-loving Brown family. Faison played the role of Brown and Vera's brother, L.B. Brown. In 2009, he was also among the ensemble cast of John Krasinski's adaptation of Brief Interviews With Hideous Men playing the son of a toilet attendant who caustically recounts his father's experiences in one of the titular monologues. Faison played Richard Evans on One Life to Live from 2009 through 2012. He has recently appeared in episodes of Blue Bloods, which also stars Tom Selleck, as an assistant police commissioner. His main film role in this period was as Harlan in the filmAdam. He also appeared in the November 29, 2010 episode of Lie to Me. He has also appeared in White Chicks. Faison played the role of Sugar Bates, a prizefighter turned tavernkeeper, on the Cinemax program Banshee. He will next appear in the Netflix series Luke Cage.