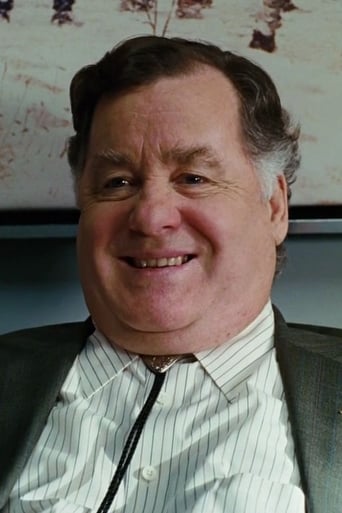 From Wikipedia, the free encyclopedia. Peter Gerety (born May 17, 1940) is an American actor. Gerety began acting while a student at Boston University, participating in productions at the Charles Playhouse. In 1965, he joined the Trinity Square Repertory Company, a resident theater company in Providence, Rhode Island where he appeared in over 125 productions. Gerety is a veteran of stage, screen and television. In early 1992, he performed to critical acclaim on Broadway in Conversations with My Father, starring Judd Hirsch, and in Harold Pinter's The Hothouse. He has since performed in many more plays both on and off-broadway .. most recently in Martin McDonagh's " The Lieutenant of Inishmore". In the late 1990s, he joined the cast of the Barry Levinson produced NBC police drama Homicide: Life on the Street. Gerety has also been a regular guest star on Law & Order and HBO’s The Wire as Judge Daniel Phelan. He also played FBI Agent Franklin Morgan in the short-lived American television series Life on Mars. In the final season of Brotherhood , he played the corrupt land developer, Martin Kilpatrick. Most recently , Peter has been seen recurring on both Mercy and Brothers and Sisters. He has appeared in numerous feature films with the likes of Jack Nicholson, Shirley MacLaine, Jeff Bridges, Kevin Spacey ("K-Pax"), Al Pacino ("People I Know" and Denzel Washington; and with directors Woody Allen (The Curse of the Jade Scorpion, Hollywood Ending), Mike Nichols ([[Wolf " and "Charlie Wilson's War), James Ivory (Surviving Picasso), Steven Spielberg (War of the Worlds), Ido Mizrahy (Things That Hang from Trees) , Spike Lee (Inside Man), and with Clint Eastwood he was Dr. Tarr in "Changeling" starring Angelina Jolie. He played Louis Piquett, the lawyer of John Dillinger (Johnny Depp), in Public Enemies "(2009 film , directed by Michael Mann). . Gerety plays the greedy and nefarious 'Embassy Guy' in Mel Gibson's "How I Spent My Summer Vacation"[2011 release].