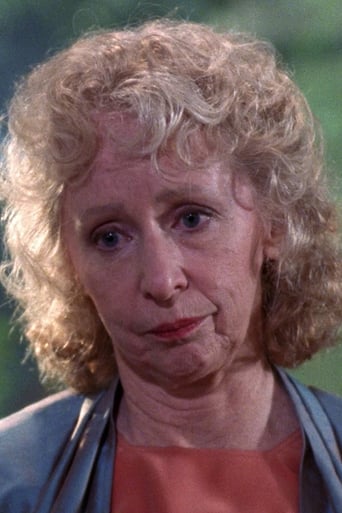 From Wikipedia, the free encyclopedia. Anne Haney (born Anne Ryan Thomas; March 4, 1934 – May 26, 2001) was an American actress of stage and screen, perhaps best known for her roles as social worker Mrs. Sellner in Mrs. Doubtfire and Greta the secretary in Liar Liar. Haney appeared in the Star Trek: The Next Generation episode "The Survivors" as Rishon Uxbridge, and later appeared as aBajoran arbitrator in the Star Trek: Deep Space Nine episode "Dax". She was a regular guest-star during the syndicated run ofMama's Family, playing Alberta Meechum, the nemesis of Thelma Harper. On Our House she played fussy neighbor Virginia Taft. She was also a regular guest-star of L.A. Law, playing Judge Marilyn Travelini. She guest starred on Cheers, Designing Women, The Golden Palace, Charmed, Boy Meets World,Columbo, ER, and Curb Your Enthusiasm as the mother of Mary Steenburgen's character. One of her last appearances was in the Ally McBeal season 4 episode "Reasons to Believe" (which aired on January 8, 2001). On May 26, 2001, Haney died of heart failure at age 67.