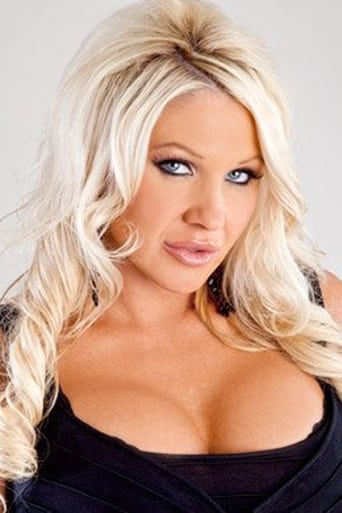 is an American retired professional wrestler and singer best known for her time in World Wrestling Entertainment (WWE). She also worked as a trainer in WWE's developmental territory Florida Championship Wrestling. After debuting in 1998, Hall worked on the independent circuit under the name Macaela Mercedes. She won numerous championships, before beginning to work for Ohio Valley Wrestling in 2003 under her real name. She debuted on WWE's SmackDown brand as the "fixer" for the MNM faction. After leaving MNM, she became John "Bradshaw" Layfield's "image consultant", and managed him to the WWE United States Championship at WrestleMania 22. In February 2007, Hall developed an in-ring persona as a tone-deaf singer. In June 2007, she was drafted to Raw, where she participated in numerous tag team matches after allying with Melina. In October 2009, she won the WWE Divas Championship, but lost it to Melina the same night. Hall was released from her WWE contract in November 2010. As a teenager, Hall was a cheerleader and also took gymnastics classes.[6] After graduating from high school, Hall attended college, but dropped out in order to train as a professional wrestler. At nineteen, she legally changed her last name from Fletcher to Hall.She was a championships on the independent circuit, including Southern States Wrestling's Women's Championship. She wrestled for women-only promotions, including G.L.O.R.Y., the Professional Girl Wrestling Association (PGWA), and the Women's Wrestling Alliance (WWA), and held both the WWA Women's Championship and the PGWA Championship. She also competed for other promotions including Hoosier Pro Wrestling (HPW), where she won both the HPW Cruiserweight Championship and HPW Ladies' Championship, Canadian International Wrestling (CIW), where she won the CIW Indy Women's Championship, Mid–States Championship Wrestling, where she won the MCW Mid-American title, and Blue Water Championship Wrestling, where she won the BWCW Women's title.Her greatest independent circuit success was in the Superstar Wrestling Federation (SWF), where she held the SWF Women's Championship and also competed in numerous intergender matches. She held the SWF Tag Team Championship twice, once with Tiny Tim and once with Randy Allen.In 2002 and early 2003, Mercedes wrestled regularly for the Apocalypse Wrestling Federation and Wrestle And Respect, where she competed in intergender matches and was involved in a scripted rivalry with the "Fabulous Firebird" Phoenix over the G.L.O.R.Y. Ladies' Wrestling Championship.On January 23, 2003, Mercedes won the G.L.O.R.Y. Ladies' Wrestling Championship, when she defeated the "Fabulous Firebird" Phoenix via referee's decision at an Apocalypse Wrestling Federation show