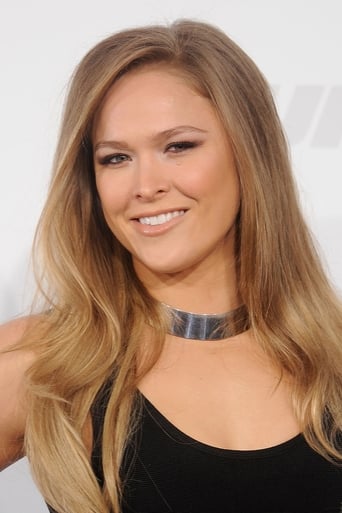 Ronda Rousey burst onto the women's MMA scene in August of 2010. Born in Riverside County, California on February 1, 1987 to parents Ron Rousey and AnnMaria DeMars, little Ronda was born with an umbilical cord wrapped around her neck that damaged her vocal chords. She didn't speak coherently until the age of six. Ronda was a self-professed tomboy and swam from the ages of 6 to 10. She competed on the Jr. Olympic swim team where she placed in the state level. Because of her mother, a 7th degree black belt and 1984 World Judo Champion, Ronda took up the sport. She had a hard time socializing with other kids and found that Judo gave her confidence. She holds a 4th degree black belt in the martial art. Ronda's Judo career is a storied one. At 17 she became the youngest judoka in the 2004 Olympic Games in Athens. That same year she won a gold medal at the World Junior Judo Championships in Budapest, and in 2006 she became the first U.S. female in almost 10 years to win an A-Level tournament going 5-0 to clench the gold at the World Cup in Great Britain. At 19 she won the bronze medal at the Junior World Championships. She is the first U.S. athlete to win two Junior World Medals. In 2007 she added a silver at the World Judo Championships and a gold at the Pan American Games. The pinnacle of her Judo career was a bronze at the 2008 Olympic Games in Beijing. Rousey became the first American to win an Olympic medal in women's Judo since it became an Olympic sport in 1992. After medaling in the Olympics, Ronda's career hit a dead end. She did some bartending to make ends meet and tried to find a better paying job, but it was tough finding anyone that needed her particular skill set. Throwing people down and putting them in armbars aren't really something you can put on a resume. By chance Ronda caught the Gina Carano  vs. Julie Kedzie fight on television and things changed. She made her mixed martial arts debut as an amateur in 2010. Since then she has never lost a fight, winning the majority in the first round by armbar submission. Ronda took it upon herself to chase after and demand attention so that the UFC could no longer ignore women fighters. UFC President Dana White  had publicly stated that women would never be allowed to fight in the UFC, but on February 23, 2013, Ronda did just that. She won the fight against Liz Carmouche in the first round with her signature armbar and became the first UFC Women's Bantamweight Champion. Ronda will be appearing in her first motion picture - Expendables 3  (2014). Other projects are Fast & Furious 7 (2015) and The Athena Project as well as Entourage(2015). - IMDb Mini Biography