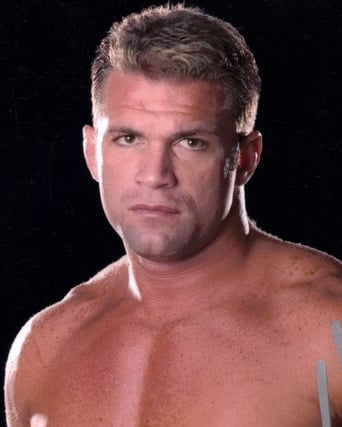 Charles Doyle "Charlie" Haas II is an American professional and amateur wrestler. He is best known for his appearances with World Wrestling Entertainment (WWE) in the 2000s. Haas was an amateur wrestler in high school, and attended Seton Hall University on a wrestling scholarship, before becoming a stockbroker. He became a professional wrestler in 1996, and teamed regularly with his brother, Russ, with the two winning numerous championships on the independent circuit, including the CZW World Tag Team Championship and the JAPW Tag Team Championship. After signing contracts with WWE, The Haas Brothers were assigned to WWE'sdevelopmental territories, where they won the MCW Southern Tag Team Championship on three occasions. After Russ' death in 2001 due to a heart attack, Haas began wrestling in singles competition, winning the HWA Heavyweight Championship once. Haas formed a team with Shelton Benjamin and the two debuted on SmackDown in December 2002. They won the WWE Tag Team Championship twice, and dubbed themselves The World's Greatest Tag Team before they split in 2004. Haas won the WWE Tag Team Championship once more with Rico, and gained Miss Jackie as a valet. Haas then transferred into singles competition before being released from WWE in 2005. After a short stint in Jersey All Pro Wrestling (JAPW) and other independent promotions, Haas was re-signed to WWE in April 2006. He formed a short-lived team with Viscera, before reforming the World's Greatest Tag Team with Benjamin. After Benjamin transferred to the ECW brand, Haas began wrestling with a comical luchador persona, before developing a character where he imitated other wrestlers and WWE Hall of Famers. In addition, Haas won the last ever match on WWE Heat when the show ended on May 30, 2008. He was released from WWE in February 2010. He soon returned to the independent circuit, including returning to JAPW and appearing for Ring of Honor. In September 2010, he won the NWA Texas Heavyweight Championship. On April 1, 2011, Haas and Benjamin won the ROH World Tag Team Championship and held it until December 2011. Haas announced his retirement from professional wrestling in March 2013. Aside from wrestling, Haas and his wife Jackie run a nutritional store, Custom Muscle Nutrition and Smoothie Shop, in Frisco, Texas, which they opened in October 2008.